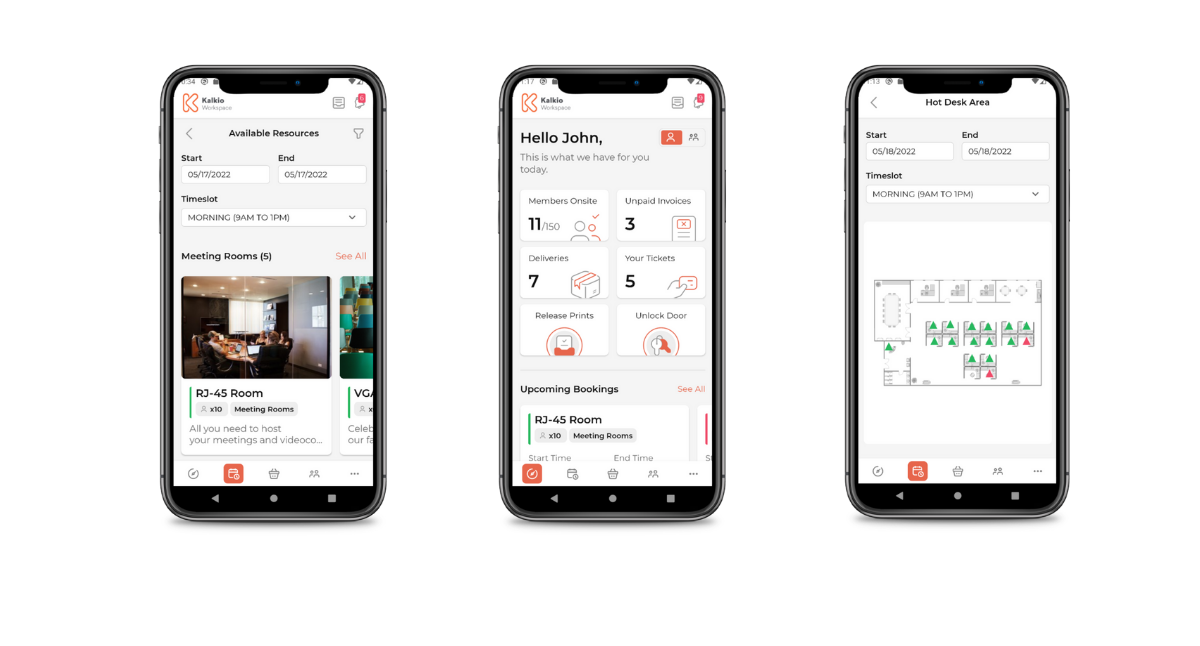 At the start of the year, we announced that we were working on a brand new version of the Passport for Nexudus app, and we are thrilled to be able to release this update later this week finally.

So, ahead of the big release, we thought it would be a good idea to let you know about some of the exciting changes and new features you can expect from Passport Version 3. This latest version is a complete overhaul of the passport app, with changes to almost every aspect including a raft of brand new features. Even better, this update will happen automatically requiring no actions from users. It's that simple!

While we won't be going through every single new feature in this article (we still want to keep some things as a surprise), we will be showcasing some of the most significant changes to whet your appetite for what is to come.

When you finally get your hands on Version 3 of the Passport app, the first thing you will notice is the brand new UI. Our aim here is to bring the look and feel of the app in line with the latest version of the Members’ Portal which saw a significant redesign last year.

This is a significant change, as now whatever way your members choose to interact with the Members’ Portal, be it through desktop, online or more importantly through the Passport app, it will look and feel exactly the same, creating a smoother and unified experience.

The new tile layout is not only more easy on the eye, but also makes navigation and finding the section you want to access that much easier. You will find the UI on the latest version of the app to be much cleaner and clearer, making life simpler for anyone using the app.

Features such as deliveries and courses have previously been confined to the Members’ Portal and were not available to access from the Passport App. Version 3 changes all of this as they are now features in this latest edition.

Our aim with this new version of Passport was to really try and unify the user experience across all platforms, making it easier for your customers to interact with your space and community in whatever way they want.

Some of the features that were previously not accessible through Passport that are in the latest version include: Courses, Deliveries, Virtual Rooms and Floorplans as well!

Another area that has been significantly improved in the latest version of Passport is how easy it is to keep track of your account. This is particularly true if you are an owner of a team.

The home page of the app will clearly display key information to your customers, including how many of their colleagues are on site, how many hours of check-in time have been used, as well as a per team member breakdown of all additional charges that are yet to be invoiced.

This makes it so much easier for people to manage their teams on a day to day basis, displaying all key information upfront.

As you can see in the above image, the new version of the Passport app gives a similar overview of key information to individuals who are not part of a team.

As soon as a customer logs on to the app, they will be able to check for any unpaid invoices, be notified of any deliveries they have yet to collect, and also keep track of their tickets for upcoming events to name but a few.

What does this mean for White-Label App Users?

Unfortunately, the release of Version 3 of the Passport App will not yet apply to those of you using the white-label version.

This initial release will apply only to users of the standard Passport app, however, you won't have to wait too long to get your hands on the latest version as we plan to roll out this update to all users in the next couple of months.

When the latest version is ready, all white label customers will be notified that it is available, so keep your eyes peeled.